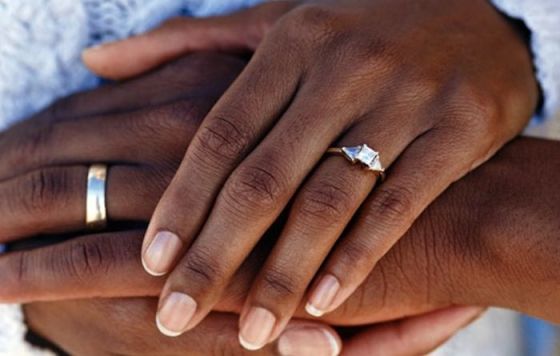 In a typical wedding ceremony (traditional, white, court) the couple exchanges wedding rings.  So, in our world today, one surefire way of telling if a man or woman is married, is by looking at their hands for the tell-tale sign: the ring.

It is common knowledge that if a person wants to have an affair, he or she might temporarily take off that ring.  So, looking for the tan lines on a person’s finger might tell you that there was a wedding band there.  And it has been removed.

But that is all based on the fact that there was a wedding ring in the first place.

Now, in Nigeria (and I am sure in other countries too), I am aware of some churches who do not join couples with a wedding ring.  They use bibles instead.

So, the question now arises, if a man or woman is not wearing a wedding ring, how do you know he/she is married? Short answer: The person will tell you so.

And what if that person says he or she is not married?  What then? Be vigilant.  Relationships are based on trust, but it is not always reciprocated.

I think women especially need to be very vigilant in determining if a man who presents himself as single and ready to mingle is actually married.  I’m assuming nobody wants to be second-best.

Not wearing a wedding ring might make it easier for a man to carry on an affair.  But honestly, I believe that wedding ring or not, a person who wants to be unfaithful will be.